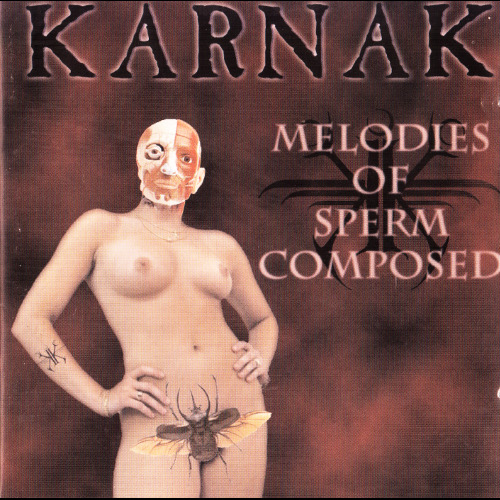 Perhaps my most representative release of all times.

This album contains all the elements I would like to find in music: complexity, deviated melodies and riffs, horror keyboards, different types of aggressive vocals, disturbing lyrics, drums & bass virtuosity.

The songs were written in about six months in 1998 with the help of the pianist Marco Colella, who, during the years, entered and left the band in various moments. By the way, he left the band right before the actual recording in studio, so I played his parts on the record.

It was actually our first professional recording, all the production was made at Fear Studio, in Alfonsine. All the parts are recorded good at the first take, no metronome tracks or fancy editing was done.

This work remained in a sort of limbo, till 2000 when it was published worldwide by the Italian label The 12th Planet Records.

We soon started to receive a great appreciation for this music, a lot of reviews and contacts from people from all over the planet. After many years a lot of people still remember this album, ask me about that and sometimes share it around. A very big satisfaction!

The bad side of all this is that this line-up of the band didn’t survive long enough to bring the band on a live situation in a serious manner that could give this project the jumpstart it always deserved.

The final release contained also a bonus track, entitled “Zeder”, available only via the multimedia track of the disc. That song should have been part of the next release of the band (“Tutti i Colori del Buio”).

Here is my entry for the Kiesel Solo Contest. It’s just a drop in the ocean, there are really too many great guitar players involved in the contest. I will not win for sure, but every like and every eventual feedback is really a great thing for me!