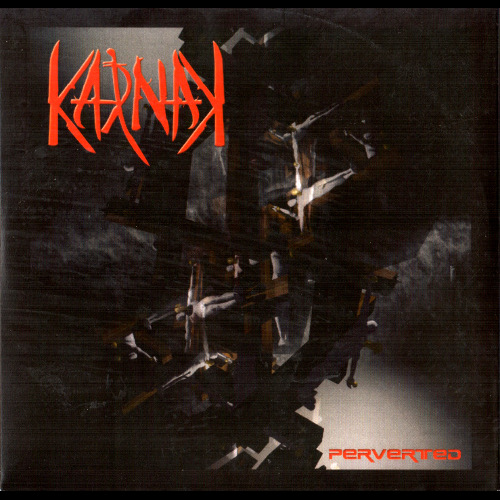 Perverted is the first full-length Karnak album, back in 1997. It was the first time that we approached a studio recording.

The songs were heavily influenced by the main death and brutal bands of those years like Morbid Angel, Suffocation, Pestilence, Death and many more, yet we tried to give a personal touch to the music. You can listen to the first synthesizer incursions, here and there.

Even if many years have passed, I’m still tied to these songs and I think that some of the most impressive guitar solos I did so far are present in this album.